This profound analysis by the young German literary scholar Silvia Petzoldt on fictional alterity concepts in Southeastern Europe provides us a comparative study of the historiographic novel Fünf Liter Zuika [Five Liter Brandy, 1st volume 1961, 2nd volume 1965] by the Transylvanian- German author Paul Schuster (1930, Hermannstadt, rum. Sibiu – 2004, Berlin) and the lyrical sociographic diary novel Anyám könnyű álmot ígér [My Mother Promises Sweet Dreams, 1970] by the Transylvanian- Hungarian author András Sütő (1927, Pusztakamarás – 2006, Budapest). Both authors played central roles in the cultural-political lives of their respective minorities in 1950–70s Romania, and the novels chosen by Petzoldt are their best known and most widely translated works. Moreover, both authors write about rural environments and the coexistence of their minorities with members of other ethnic groups, and are largely built on personal and collective memories. This makes the two novels ideal for a comparative study.

The published doctoral dissertation focusses on how these literary productions address the auto-stereotypes of the respective German and Hungarian minorities in the tempestuous history of the 20th century, namely in the interwar period (mostly in the case of Schuster) as well as during the following communist regime (mostly in the case of Sütő). Silvia Petzoldt is a well-versed expert of the multi-ethnic Transylvanian history and its related literary developments, which is evident from her many published studies and conference talks on this topic before the publication of this monograph.[1] Petzoldt was well equipped to successfully carry out this project, having studied Political Science, Hungarology and Sociology at Humboldt University Berlin 2001–2007, as well as having had several shorter fellowships in Hungary and her advanced knowledge in both Hungarian and Romanian in addition to her native German. Moreover, her participation in the German Research Training Program »Cultural Orientations and Societal Structures in Southeast Europe« (2006–2015), at Friedrich Schiller University in Jena, offered her a good context for being supported not only by a well-known expert of South-eastern Europe, Professor Gabriella Schubert, but by a larger expert and peer group as well. In the preface, the list of acknowledgements includes further references to scholars at Hungarian and Romanian universities, contacts to archives, libraries and relatives of the authors and everyday people in the area.

In Transylvania, with its Romanian, Roma, Hungarian and German population, multiculturality has played a crucial role in shaping the identity of the people. The political, economic and cultural conflicts have radically restructured themselves as Transylvania became part of Romania at the end of 1918. The situation worsened with the end of the Second World War, as Romania entered the political sphere of influence of the Soviet Union and the political leadership of Petru Groza gave way to the dictatorships of Gheorghe Gheorghiu-Dej and Nicolae Ceauşescu. The rich local German and Hungarian literary production from this period offers many interesting literary works that can be evaluated as valuable documents of the time. Based on this extensive corpus, two representative literary works were selected, though not much is said about other possible candidates for this comparative study. In the future it would be absolutely worthwhile to compare these works, which examine cultural and ethnic interactions under the special conditions of the communist dictatorship in Romania, with contemporary works on the same topic by internationally renowned authors such as György Dragomán, Andrea Tompa, Herta Müller, and Oskar Pastior.

Until Petzoldt began this research, the life work of Paul Schuster had been little explored. This is why a review of the materials in the estate at the archive of the Institute for German Culture and History of Southeastern Europe at Ludwig-Maximilians- Universität München was carried out in the context of her dissertation. Though many studies and monographs have dealt with the rich but often censored Hungarian literary developments in 20th century Romania, as well as with András Sütő’s works, auto-stereotypy of his metaphoric work My Mother Promises Sweet Dreams was only partly addressed. Therefore, the work of Petzoldt not only reveals new facts about Schuster’s life and work, offering a comprehensive systematic analysis of intercultural and cultural concepts, but also presents the results of pioneering comparative research between Transylvanian German and Hungarian literatures. In this regard, aside from the works of the Transylvanian literary scholar András Balogh and a few other studies and some very recent doctoral theses (e. g. by Anita Széll, Erika Komor), there is a paucity of preliminary work on this topic.

In the introduction (Chapter 1), the author underlines the aim of the monograph, which is to examine representative works of two minority authors in a comparative, interliterary form, as well as to contribute to the localization of the authors in Romanian-German and Transylvanian-Hungarian literatures in Romania. The theoretical and methodical framework described in Chapter 2 illuminates the imagological comparative approach and the narratability of cultural and communicative memory (following Jan and Aleida Assmann). Thus, the main ambition of the work is to examine the text-internal functioning of the images, which are strongly shaped by the narratorial voice, the prevailing historical concepts, the determining minoritarian homeland concepts, and the rituals of festivals and customs and of everyday life. Therefore Chapter 5 which discusses these issues is the most original and most preeminent part of the book.

Pointing out how much the art and nature of narration influences the flow of information, with the capacity to illuminate or alienate, Petzoldt aptly compares Schuster’s multiperspectival narration to Sütő’s explicit, fictive narratorial voice in the following passage:

»The narrators of both novels are characterized by their spatial-temporal fixation. In this respect the different combinations of »the reporting narration« and »the scenic representation« in the respective works play a crucial role. In Sütő’s novel the conversations between the villagers are often quoted, thus the narrator withdraws altogether; while at other occasions the narrator reports on the events. In Schuster’s novel the mixture of reflector and narrator modes dominate, which occurs within the same text passages and their clear separation is barely possible. Beyond these passages, the narrator appears as an auctorial narrator, who, on the one hand, by using colloquial language makes himself known as part of the community, but now and then gives the impression that it is an oral storytelling, we are amidst of a real narrative situation. « (p. 160)[2]

While the longest chapter of the book (Chapter 5, pp. 127–212) investigates the central works of Schuster and Sütő with a text-oriented hermeneutic analysis focussing on intrinsic plausibility of denotative and connotative meanings of cultural references, the two chapters leading up to it offer insight into deeply embedded historical and cultural-political processes. Chapter 3 provides a historical overview of 20th century multicultural Romanian history, which serves as a background for a narratological analysis of the German and Hungarian imagotype systems of the villages Kleinsommersberg (Schuster) and Pusztakamarás (Sütő). This analysis includes a discussion of spatial-regional perspectives as possible constituents in the processing of a homeland concept, including references to key historical events for the Germans and Hungarians, such as the First and Second World Wars and the date of 23 August 1944. Chapter 4 is an overview of Romanian cultural policies between 1944 and the 1970s, which strongly influenced the unfolding of the two literary careers.

Both Schuster and Sütő were politically active for their respective ethnic minority groups and articulated their interests in public. The reception histories of selected authors in Romania and in the »mother countries« of Hungary and Austria/East and West Germany are preceded by overviews of the German and Hungarian press and literature in Romania after 1944. Parallels found in the biographies of the authors accentuate the comparative paradigm of this work in a specific way.

Petzoldt’s expert reading not only isolates the novels in an aesthetic space, but points out the interrelatedness between the literary creative processes and the multicultural social and political semioses as well as the minority cultural referential systems of the post-World War Two communist regime in Romania. The rich interpretations of sociological, cultural, historical references, of the narrated fabric of these novels, the illuminating details about the somewhat typical life circumstances of two literary figures (Schuster, like most ethnic German authors from Romania, emigrated to West Germany in the 1970s, while Sütő fought until his death for the rights of the ethnic Hungarians in Romania) make this book absolutely recommendable – not only to literary scholars in general but also to social historians and any other interested reader.

[1] For a more complete list of published studies please turn to the CV of the author: http://www.osteuropa. uni-jena.de/graduiertenkolleg/files/Silvia-Petzoldt. pdf 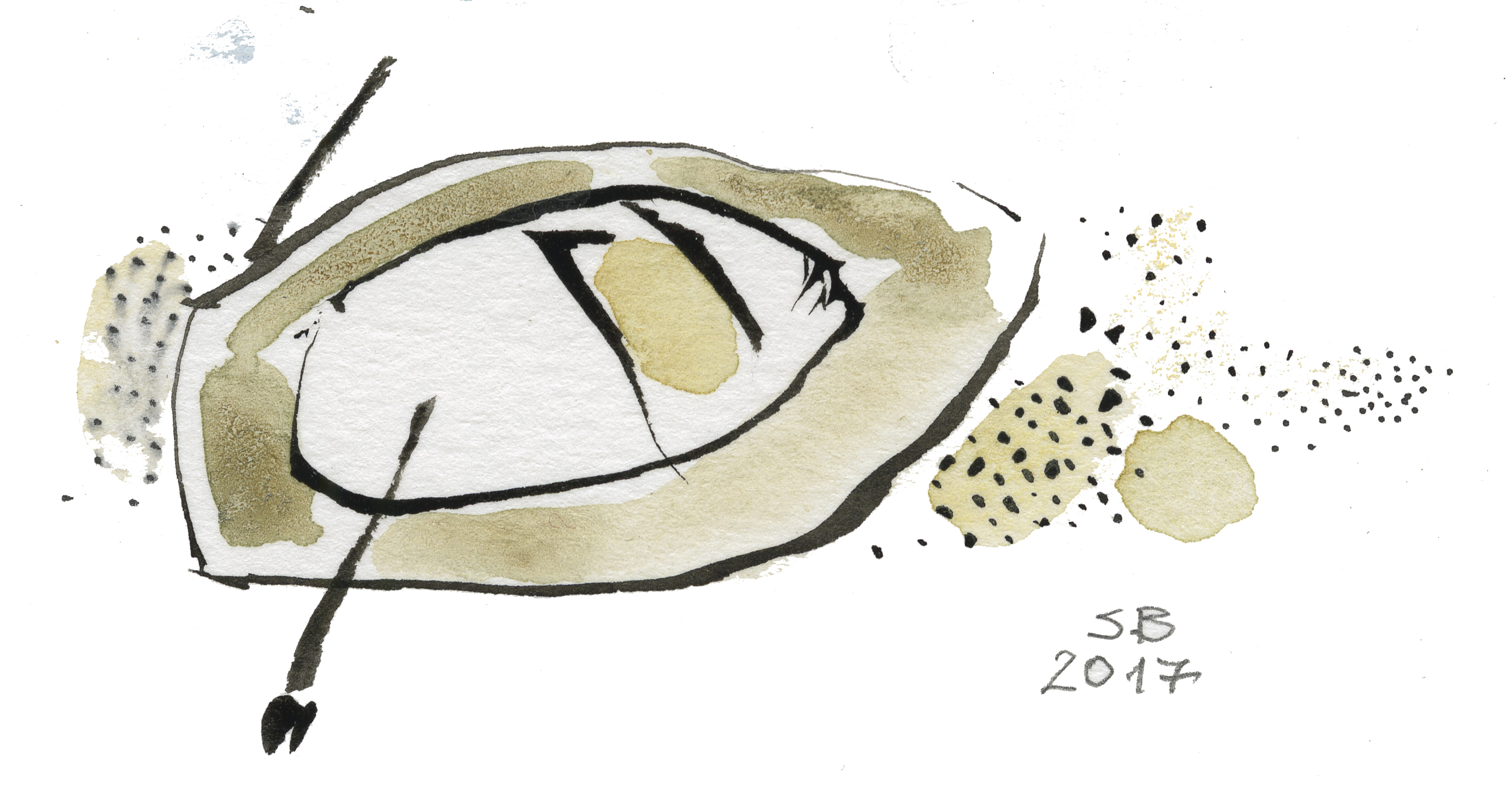